The publisher says… Did you know that sometimes, with a little electricity, or luck, or even magic, an imaginary friend might appear when you need one? An imaginary friend like Fred. Fred floated like a feather in the wind until Sam, a lonely little boy, wished for him and, together, they found a friendship like no other.

Eva says… So there’s this kid named Fred, who’s not really a REAL kid… he’s an imaginary kid, which means only kids can see him, and maybe dogs and animals. But every time Imaginary Fred gets a real kid for a friend, then that real kid finds OTHER real kids to be friends and Imaginary Fred has to go back up into the clouds.

But then Fred’s friend Sam, who’s a REAL boy, gets a real GIRLFRIEND named Sammi and you’d think Sam would run off with Sammi, except SHE has an imaginary friend named Frieda! And all four of them are best friends for a while, but you know what happens? Sam and Sammi get all hooked up, but so do Fred and Frieda! So they all get married and live happily ever after and no one has to go back to the clouds.

I think that Fred and Frieda should have become Sam and Sammi’s babies. Because that’s what happened with MY imaginary friend. He went back up in the clouds and then he came back down and now he’s MIKEY!!

So even though they missed that part, this is still a good one. 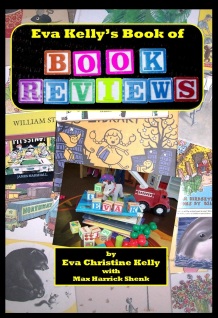